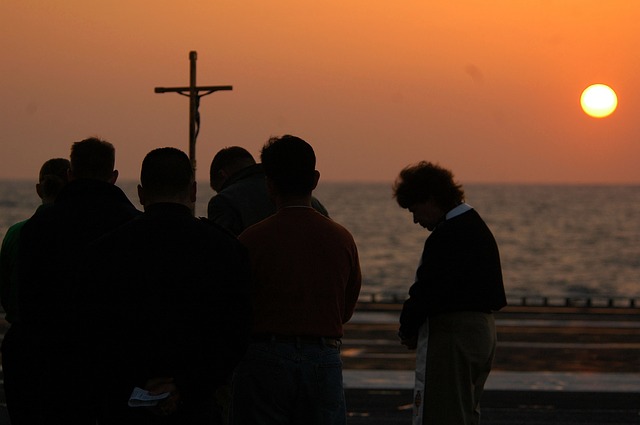 The relationship between faith and work is a very important subject which needs to be fully explored. Not much is being said about this and the scanty teachings we have on this important subject are both confusing as they are conflicting. To resolve this, we have to answer the question; what do we mean by“faith” and by “works”? By “faith” we mean “that which we believe,” and by “works” we mean “that which we do.” Thus we can express the relationship between faith and works as taught in the New Testament by the following simple contrast: Faith is not based on works, but works are the outcome of faith. Or, in still simpler words: What we believe is not based on what we do, but what we do is the outcome of what we believe.

1. SALVATION IS BY FAITH ALONE

John 19:30 (NASB) “Therefore when Jesus had received the sour wine, He said, “It is finished!”

Romans 9:31-32 (NIV) “but the people of Israel, who pursued the law as the way of righteousness, have not attained their goal. 32 Why not? Because they pursued it not by faith but as if it were by works. They stumbled over the stumbling stone.”(See also Rom. 10:3)

The word translated “gift” is “Charisma” in Greek. It is directly related to the word “grace” which is “charis’ in Greek. Hence, if salvation is a “gift” it means that it is explicitly free, unmerited gift of God’s grace or favour.

THE FOUR WAYS GOD’S SALVATION WORKS IN OUR LIVES

1. It is washing- that is; we are cleansed from all our sin

2. It is regeneration-that is, we are born again, we become children of God

3. It is a renewing-that is, we are made new creatures in Christ

4. It is of the Holy Spirit-that is, it is a work of God’s own Spirit within our hearts and lives.

None of the above can be the result of our own works, but all of it is received solely through faith in Christ.

If salvation is not by works but is solely by faith, we may naturally ask, What part, then, do works play in the life of the Christian believer? The clearest answer to this in the New Testament is given by James.

James 2:14-26 (NASB) “What use is it, my brethren, if someone says he has faith but he has no works? Can that faith save him? 15 If a brother or sister is without clothing and in need of daily food, 16 and one of you says to them, “Go in peace, be warmed and be filled,” and yet you do not give them what is necessary for their body, what use is that? 17 Even so faith, if it has no works, is dead, being by itself.18 But someone may well say, “You have faith and I have works; show me your faith without the works, and I will show you my faith by my works.” 19 You believe that God is one. You do well; the demons also believe, and shudder. 20 But are you willing to recognize, you foolish fellow, that faith without works is useless? 21 Was not Abraham our father justified by works when he offered up Isaac his son on the altar? 22 You see that faith was working with his works, and as a result of the works, faith was perfected; 23 and the Scripture was fulfilled which says, “And Abraham believed God, and it was reckoned to him as righteousness,” and he was called the friend of God. 24 You see that a man is justified by works and not by faith alone. 25 In the same way, was not Rahab the harlot also justified by works when she received the messengers and sent them out by another way? 26 For just as the body without thespirit is dead, so also faith without works is dead.

Philippians 2:12-13 (NASB) “So then, my beloved, just as you have always obeyed, not as in my presence only, but now much more in my absence, work out your salvation with fear and trembling; 13 for it is God who is at work in you, both to will and to work for His good pleasure.”