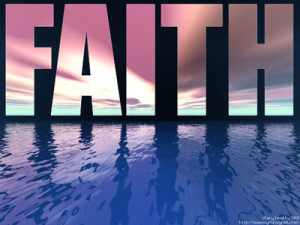 So far we have considered faith in the widest and most general sense as related to all the statements and promises of God in the Bible. However, there is one part of the Bible’s message which is of the greatest importance because it decides the eternal destiny of every human soul. This part is called “the gospel,” and it reveals the way of salvation from sin and its consequences. Very often people think of “the gospel” as something of a vague and emotional nature which is impossible to explain in a rational way. But the actual gospel message as stated in the Bible consists of definite facts, and salvation consists of knowing, believing and acting on these facts.

1. THE FOUR BASIC FACTS OF THE GOSPEL

1 Corinthian 15:1-4 (NASB) “Now I make known to you, brethren, the gospel which I preached to you, which also you received, in which also you stand, 2 by which also you are saved, if you hold fast [a]the word which I preached to you, unless you believed in vain.3 For I delivered to you [b]as of first importance what I also received, that Christ died for our sins according to the Scriptures, 4 and that He was buried, and that He was raised on the third day according to the Scriptures( i.e supported by Old Testament Scriptures),

Romans 4:23-24 (NASB) 23 Now not for his sake only was it written that it was credited to him, 24 but for our sake also, to whom it will be credited, as those who believe in Him who raised Jesus our Lord from the dead, 25 He who was delivered over because of our transgressions, and was raised because of our justification.

THE FOUR BASIC FACTS (THE GOSPEL)

1.      Christ was delivered by God the Father to the punishment of death because of our sins

4.      Righteousness is received from God through believing these facts

There is a vital difference between faith in the mind, which is nothing more than the intellectual acceptance of the facts of the gospel, and faith in the heart, which always results in a positive response to the facts. The whole New Testament makes it plain that the experience of salvation comes to each soul only as a result of this personal response to the gospel.

John 1:11-13 (NASB)“ He came to His [a]own, and those who were His own did not receive Him. 12 But as many as received Him, to them He gave the right to become children of God, even to those who believe in His name, 13 who were[b]born, not of [c]blood nor of the will of the flesh nor of the will of man, but of God.”

Revelation 3:20 (NASB) “20 Behold, I stand at the door and knock; if anyone hears My voice and opens the door, I will come in to him and will dine with him, and he with Me.”

APPROPRIATION BY FAITH AND CONFESSION- Romans 10: 9-11

“Lord Jesus Christ, I believe that You died for my sins; that You were buried; that you rose again the third day. I now repent of my sins and come to You for mercy and forgiveness. By faith in Your promise, I receive You personally as my Saviour and confess You as my Lord. Come into my heart, give me eternal life and make me a child of God.”

In order to be saved, each individual soul must make a direct, personal response to Christ. This response can be described in any of the following ways: calling upon the name of Christ as Lord; coming to Christ; receiving Christ; drinking of the water of life (eternal) which Christ alone can give.