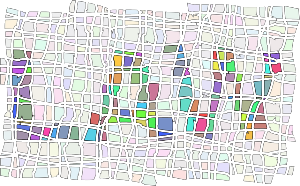 In our last study we came to the following conclusion: According to the NT, salvation is received through faith alone-faith in Christ’s finished work of atonement-without human works of any kind. But thereafter this faith always issues in appropriate works-actions which correspond with the faith that has been professed. A faith that does not produce these appropriate works is a mere empty profession-a dead faith-incapable of bringing a real experience of salvation. The question now is what work should we look for in the life of a believer? More specifically, what is the relationship between faith in Christ and the requirements of the law of Moses. The answer is simply this: Once a person has trusted Christ for salvation, his righteousness no longer depends on observing the law of Moses, either wholly or in part.

1. THE LAW OF MOSES: ONE SINGLE, COMPLETE SYSTEM

John 1: 17 (NASB) “For the Law was given through Moses; grace and truth were realized through Jesus Christ”

Romans 5:13-14 (NASB) “for until the Law sin was in the world, but sin is not imputed when there is no law. 14 Nevertheless death reigned from Adam until Moses, even over those who had not sinned in the likeness of the offense of Adam, who is a type of Him who was to come.

Galatians 3:10 (NASB) “For as many as are of the works of the Law are under a curse; for it is written, “Cursed is everyone who does not abide by all things written in the book of the law, to perform them.”

1.       The Law was given once for all, as a single, complete system, through Moses; thereafter, nothing could ever be added to it or taken from it.

2.       The law must always be observed in its entirety as a single, complete system; to break any one point of the law is to break the whole law.

3.       As a matter of human history, this system of law was never ordained by God for Gentiles, but only for Israel.

2. CHRISTIANS ARE NOT UNDER THE LAW

The righteousness of the Christian believer does not depend upon observing any part of the law.

Romans 10: 4 (NASB) “For Christ is the end of the law for righteousness to everyone who believes.

(As soon as a person puts his faith in Christ for salvation, that is the end of the law for the person as a means of achieving righteousness.)

Colossians 2:13-14 (NASB)“ 13 When you were dead in your transgressions and the uncircumcision of your flesh, He made you alive together with Him, having forgiven us all our transgressions, 14 having canceled out the certificate of debt consisting of decrees against us, which was hostile to us; and He has taken it out of the way, having nailed it to the cross.”

(The decrees or ordinances here denote the whole system of law which God had ordained through Moses, including that particular section of the law which we call the Ten Commandments. See Col. 2:16; Eph. 2:14-15)

CONCLUSION: The law is like a Map requiring you to follow the details to reach your destination or disobey any detail and get lost. Grace is like having a Personal Guide (Holy Spirit) who knows that route and has been where you are going. Your only responsibility in order to get to your destination is to obey your personal Guide- The Holy Spirit. The choice is yours!