The Purpose Of The Law 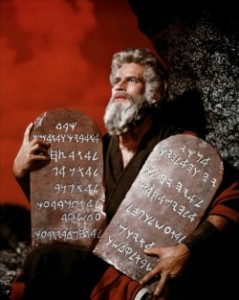 The first main purpose of the law is to show men their sinful condition.

Rom. 3:19–20 (NKJV) Now we know that whatever the law says, it says to those who are under the law, that every mouth may be stopped, and all the world may become guilty before God. Therefore by the deeds of the law no flesh will be justified in His sight, for by the law is the knowledge of sin.

Notice, first of all, the very emphatic statement “by the deeds of the law no flesh will be justified in His sight” (Rom. 3:20). In other words, no human being will ever achieve righteousness in God’s sight by the observance of the law. Side by side with this, Paul states twice, in two different phrases, the primary purpose for which the law was given. He says first that “the entire world may become guilty before God.”An alternative translation is “that the entire world may become subject to the judgment of God.” Second, he says, “by the law is the knowledge of sin.”

The second main purpose for which the law was given was to show men that, as sinners, they are unable to make themselves righteous by their own efforts. There is a natural tendency in every human being to desire to be independent of God’s grace and mercy. This desire to be independent of God is in itself both a result and an evidence of man’s sinful condition, although most men do not recognize it as such. (See alsoRomans 7:18-23)

Deuteronomy 18:18-19 (NKJV) I will raise up for them a Prophet like you from among their brethren, and will put My words in His mouth, and He shall speak to them all that I command Him. And it shall be that whoever will not hear My words, which He speaks in My name, I will require it of him.

The third main purpose for which the law was given was to foretell and to foreshadow the Saviour who was to come, and through whom alone it would be possible for man to receive true salvation and righteousness. This was done through the law in two main ways: The Saviour was foretold through direct prophecy, and He was foreshadowed through the types and ceremonies of the ordinances of the law.( See also Acts 3:22-26; John 1:29).

This purpose of the law is summed up in Paul’s words in Galatians:

Galatians 3:22-24(NKJV) “But the Scripture has confined all under sin, that the promise of faith in Jesus Christ might be given to those who believe. But before faith came, we were kept under guard by the law, kept for the faith which would afterward be revealed. Therefore the law was our tutor to bring us to Christ, that we might be justified by faith

The law kept Israel as a special nation, set apart from all others, separated out by its distinctive rites and ordinances, preserved for the special purposes for which God had called them.

Galatians 3:23 (NKJV) We were kept under guard by the law, kept for the faith which would afterward be revealed

The prophet Balaam, in his God-given vision of Israel’s destiny, sets forth God’s plan for them.

Number 23:9 (NKJV) “A people [Israel] dwelling alone, Not reckoning itself among the nations.”